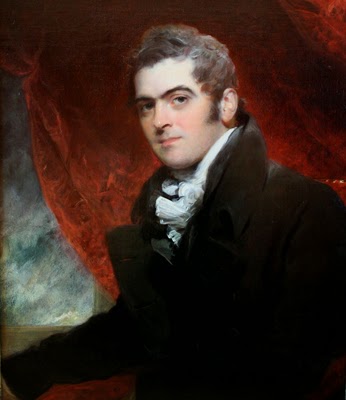 
In a very moving letter to his brother in-law Courtenay, William Dacres Adams wrote of his anguish following the death of William Pitt. Adams was Pitt's last private secretary, and he was clearly very close to the Prime Minister. Similar to James Stanhope's account of Pitt's final illness, Adams's reminiscences are equally expressive of the grief experienced by those who knew Pitt intimately in private life. I am repeating Adams' letter to Courtenay of 24th January 1806 (the day after Pitt's passing) in its entirety as it conveys the genuine sentiments of a man who deeply mourned the loss of Pitt:

I wished to have told you something of the manner of Mr. Pitt's death, but really I was not equal to it yesterday. I can hardly yet bring myself to believe that it is true, though everything in this wretched, melancholy house [Downing Street] but too surely impresses it upon my mind. He [Pitt] received the tidings of the approaching event with that firmness which was natural to him, and passed an hour with the Bishop of Lincoln in prayer, and in such directions about his worldly affairs as he thought necessary. He wished to have committed these to writing, but his strength was not sufficient. He therefore dictated what he had to say to the Bishop, and signed the paper. His solicitude seemed to have procured a provision for the Stanhopes and for the payment of his own debts - both of which, I should suppose, for the credit of Parliament and of the country, would be immediately done.

After his exertion, which was Wednesday morning, I do not find that he knew anything, except at little intervals, in one of which he saw Lady Hester Stanhope, blessed her, and took his last leave of her. All the rest was incoherence. He talked a great deal about his affairs in Germany - asked why they did not fight - said he would despatch a messenger - inquired which way the wind was for him to sail. Sometimes he mentioned Lady Hester - called her a good soul. 'I know she loves me.' Then he would begin to pray - which perhaps was during a momentary return of reason - and then he would fancy himself in the House of Commons and cry 'Hear, hear, hear!' - and once he said, 'I am better - I shall not die yet.'

But I will not proceed farther with this dreadful recital. The delirium, I suppose, proceeded from the excess of fever, for his pulse latterly was too quick to be counted. About an hour before his death he seemed to be in a sleep, from which he never woke again; and they only knew that it was over by his having ceased to breathe. I have hardly begun to contemplate the probable consequences of this most sad calamity, or the private and public evils which it must produce. We shall feel them by-and-by. At present my mind is wholly occupied with a grief that I never felt before, and an anguish that is inexpressible. It is not the loss of his vast talents and unexampled public service which affects me now - though they will be 'embalmed in the recollection of a grateful posterity,' but the remembrance of his unnumbered kindnesses - of that goodness and gentleness of heart and manner, and of that purity of mind which I never saw equalled in man.

To my last hour, the time spent with him at Bath will be a source of infinite gratification to me. I dined with him the very last time he ever sat at table. Those precious, precious days will be fixed in my memory to my life's end.