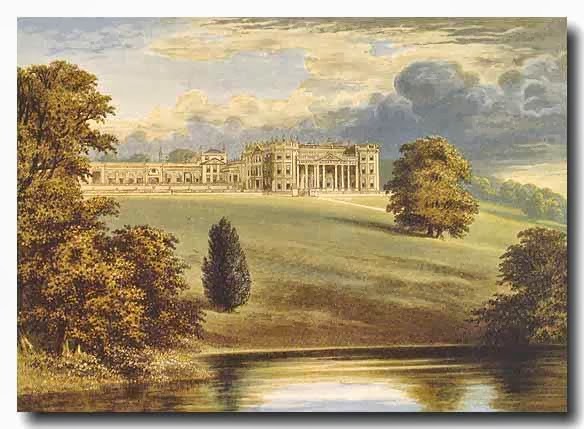 
In September 1781, Jeremy Bentham (1748-1832) was staying at Bowood House, the Wiltshire estate of William Petty, the 2nd Earl of Shelburne (1737-1805). Other guests visiting there at the same time included the 2nd Earl of Chatham and his younger brother, the newly-elected MP William Pitt.

"Arrived here [Bowood] a little before Lord Chatham [John Pitt], his brother Will. Pitt, and Pratt, Lord Camden's son, Member for Bath. I find they had none of them ever been here before. Do you know Lord Chatham? In his appearance, upon the whole, he puts me in mind of Dan Parker Coke; but he has his father's Roman nose, and, if events should concur to make him have a good opinion of himself, will soon, I dare say, acquire his commanding manner: at present, one sees little more than a kind of reserve, tempered with mildness, but clouded with a little dash of bashfulness. Will. Pitt you know for certain; in his conversation there is nothing of the orator - nothing of that hauteur and suffisance one would expect; on the contrary, he seems very good-natured, and a little raw. I was monstrously frightened at him, but, when I came to talk with him, he seemed frightened at me; so that, if anything should happen to jumble us together, we may, perhaps, be good pax; which, however, is not very likely: for I don't know very well what ideas we are likely to have in common..." [1]

In a letter of Monday, September 24, 1781, Bentham also recalls playing chess at Bowood with the Pitt brothers:

"On the Sunday before [September 16th], she ['Miss V'] and I had been playing at chess. Pitt, who did not play at the whist-table, and Lord Chatham, who cut in and out, had been occasionally looking on. After she [Miss V] had lost two games to me, which was as many as she ever had been used to play, she gave it up; whereupon Pitt proposed we should play, which we did, and I beat him. Finding he had no chance with me, he complained of its hurting his head, and gave it up immediately. Towards the close of the evening, Lord Chatham gave me a challenge. I accepted it. From something that [William] Pitt had said, I expected to have found him an easy conquest, especially as there was something seemingly irregular in the opening of his game; but it was a confounded bite; for I soon found his hand as heavy over me as I ever have felt yours: in short, he beat me shamefully, and the outcries I made on that occasion were such as would naturally convey to other people a formidable idea of his prowess." [2]


Lord Chatham was clearly, by far, the most accomplished chess player of the group. 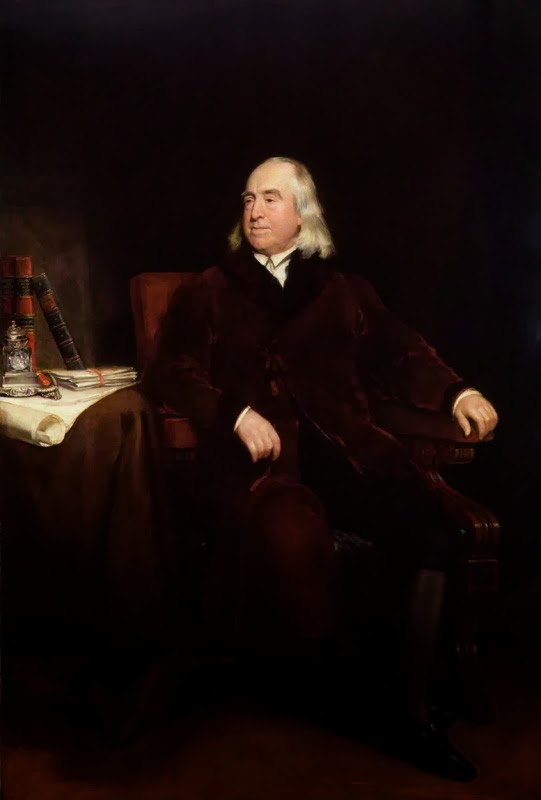 
Lastly, as so often happens in the sallies of youth, on another occasion at Bowood, Lord Chatham, William Pitt, Lord Camden, and Banks made Bentham the subject of an inside joke:

"It was after dinner, and they were all taking their coffee. He [Bentham] said something, upon which one burst into a loud laugh, and was followed by the three others. He [Bentham] asked what it meant, and instead of answering, they all laughed again; and they repeated this every time he spoke. No doubt some trick had been practiced upon him of which he was not aware. The whole matter was then, and ever after, incomprehensible to him; for the laughing took place in the midst of serious conversation, in which nothing ridiculous was said by himself or others." [3]

Apparently, this little joke was later brought to the attention of Lord Lansdowne (Lord Shelburne), and "the parties had become conscious of their ill behaviour." [4]

It would be interesting to know what necessitated that jest! Either way, it doesn't appear that Bentham got the joke.