Pitt's Poetry: 'An Elegy on the Death of Mock Bird' 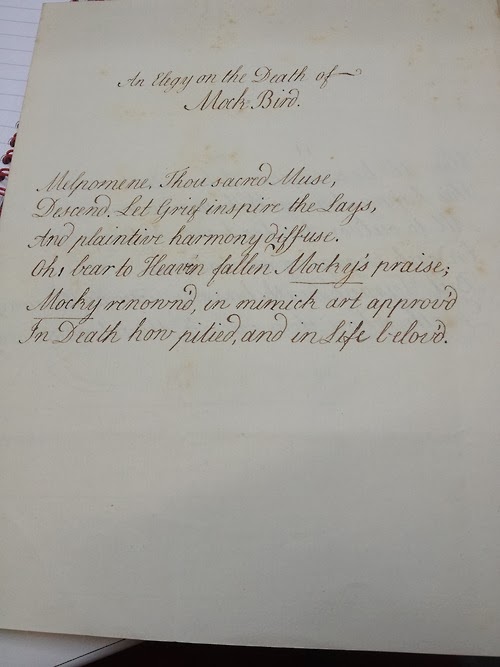 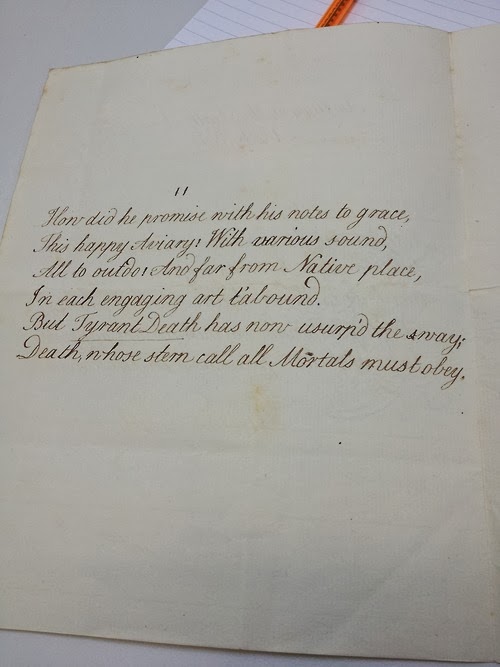 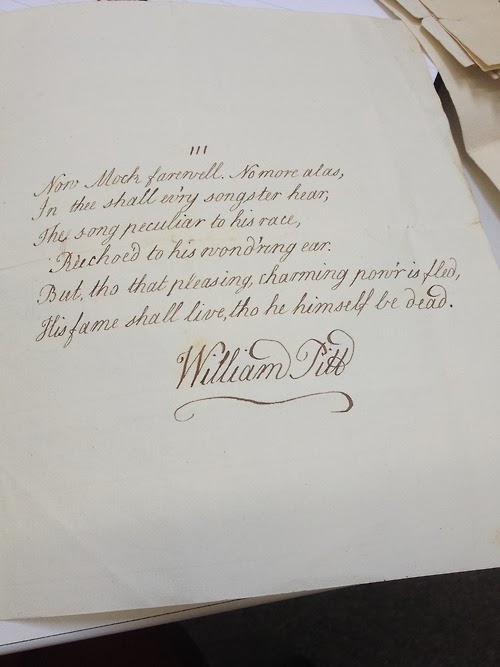 Above is an undated, three-part poem written by William Pitt in the early 1770s. Pitt would have been between 12 and 14 years of age when he wrote this mournful piece. It can be seen at the Kent History and Library Centre in Maidstone amongst other writings by the five Pitt children (Source: Pitt MSS, U1590/S5/C20). The poem was most likely written either at Hayes Place, near Bromley in Kent, or at Burton Pynsent, the Pitt family home in Somerset(shire).

It’s entitled ‘An Elegy on the Death of Mock Bird,’ and relates to the death of one of the beloved family birds. There was a ‘bird room’ at the family residence at Burton Pynsent, and the Pitt children used to go birds-nesting in the fields surrounding Hayes and Keston. Note Pitt's beautiful penmanship. The work is in the style of the 18th century poet Alexander Pope.
Posted by Stephenie Woolterton at 07:15